On Saturday, April 29th, 2016, Tri-County Radio Association was treated to a tour of the studio and transmitter site of WIFI AM 1460 in Florence, NJ. We were hosted by Mark Emanuele, N2CBO, managing partner and engineer, and Joe Scocca, Chief Board Op and IT Engineer.

We enjoyed a very relaxed tour of the site and spent time discussing broadcast radio from several different aspects. .

WIFI generates its revenue by selling blocks of time to various national and local church ministries from varied denominations. The unsold hours are filled with contemporary gospel and christian music programmed by Scocca.

The station runs unattended much of the day using broadcast automation that times out each hour to make sure the network news and station ID run on time. The local temperature is even inserted by computer. 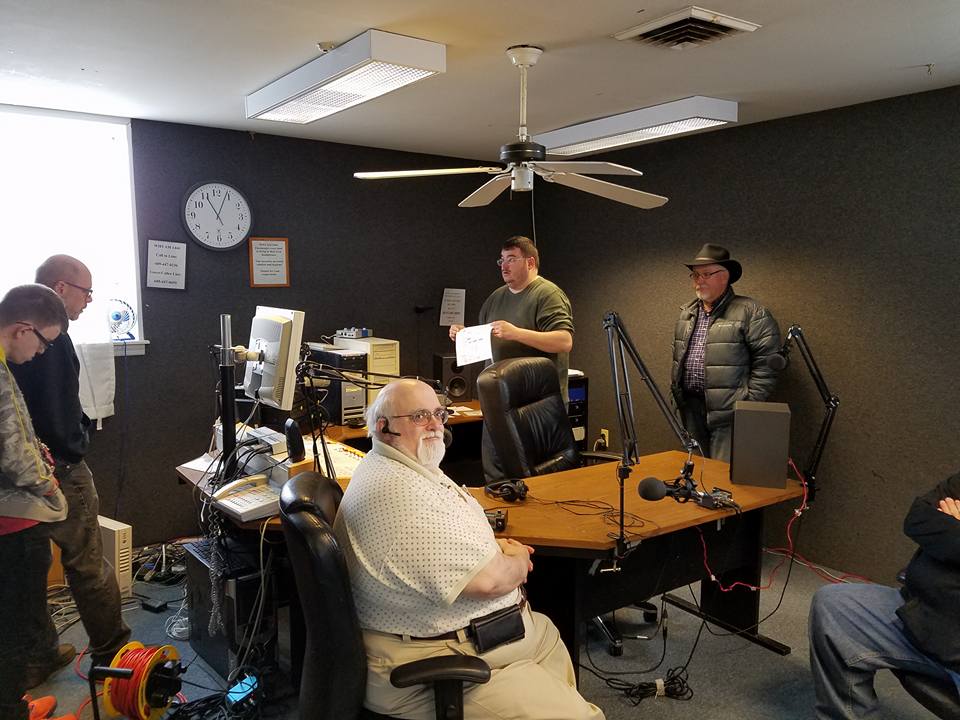 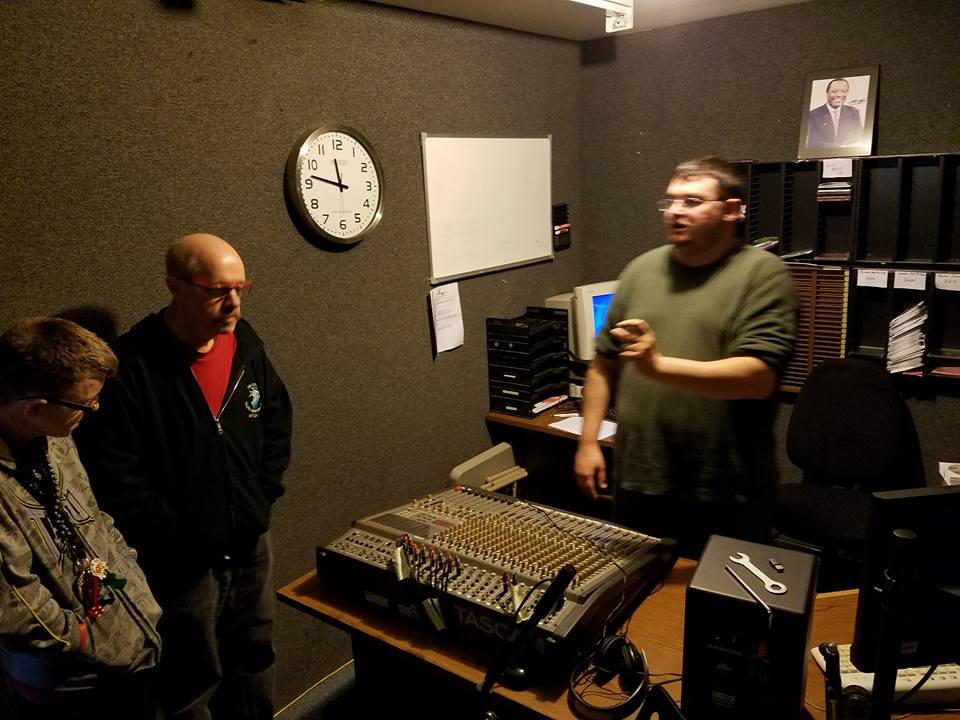 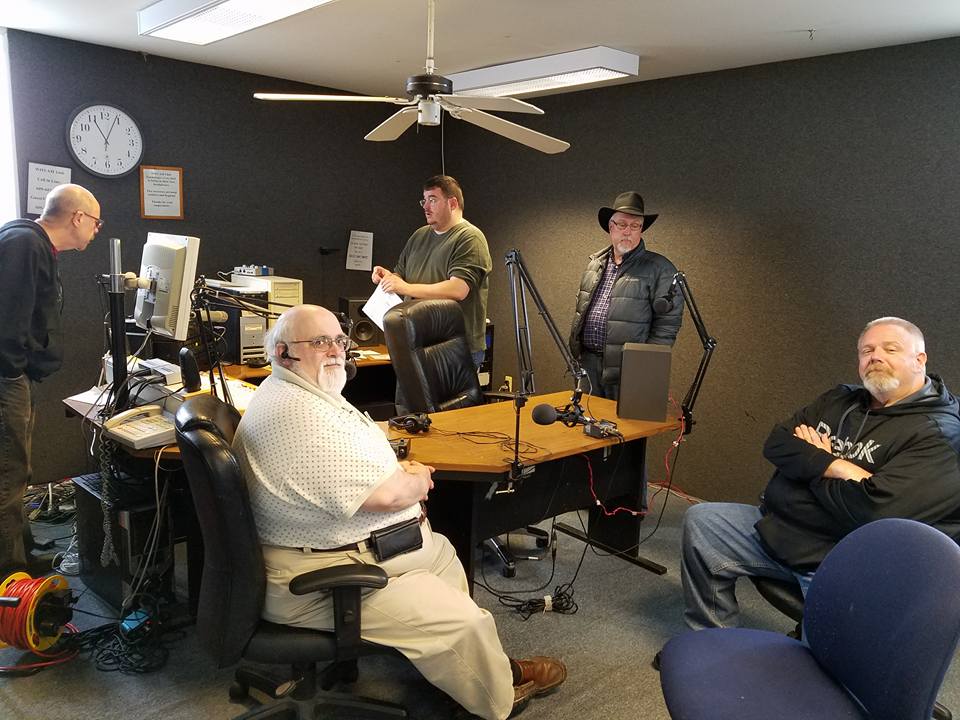 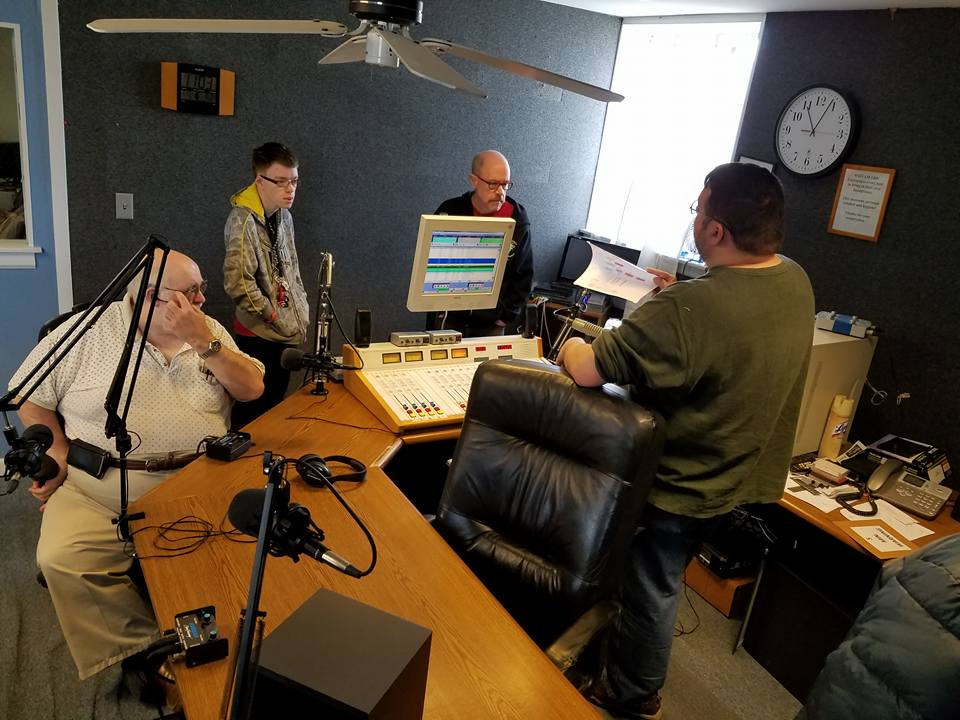 WIFI’s latest addition is its brand new 5000 watt AM transmitter, manufactured by Nautel of Canada, one of the most respected names in the manufacture of broadcast transmitters. Nautel transmitters are known for their reliable, almost bullet proof performance and low maintenance. 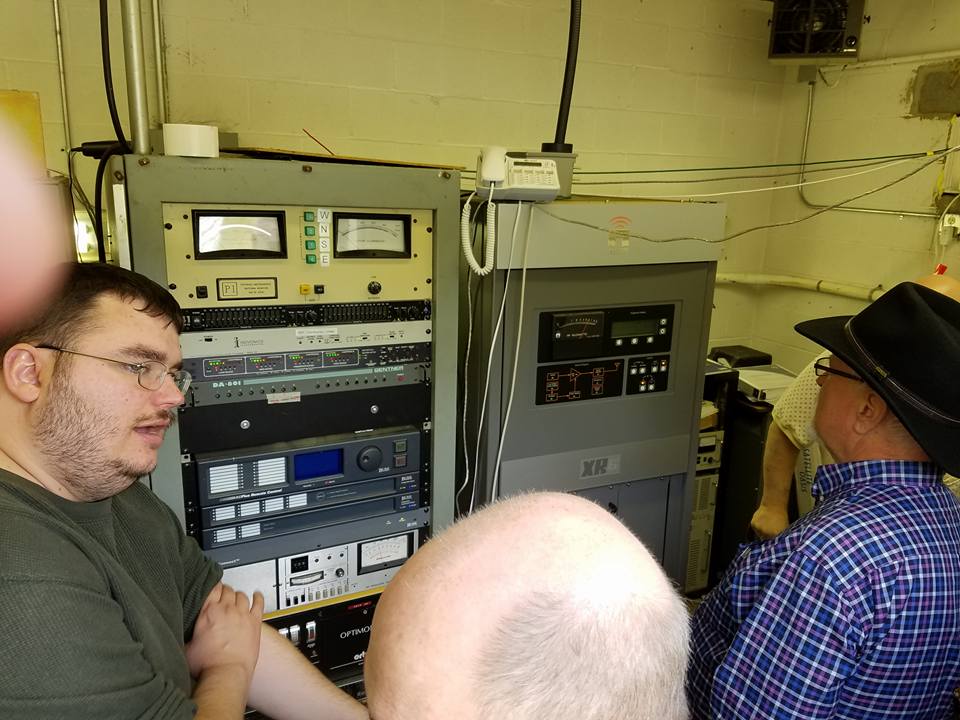 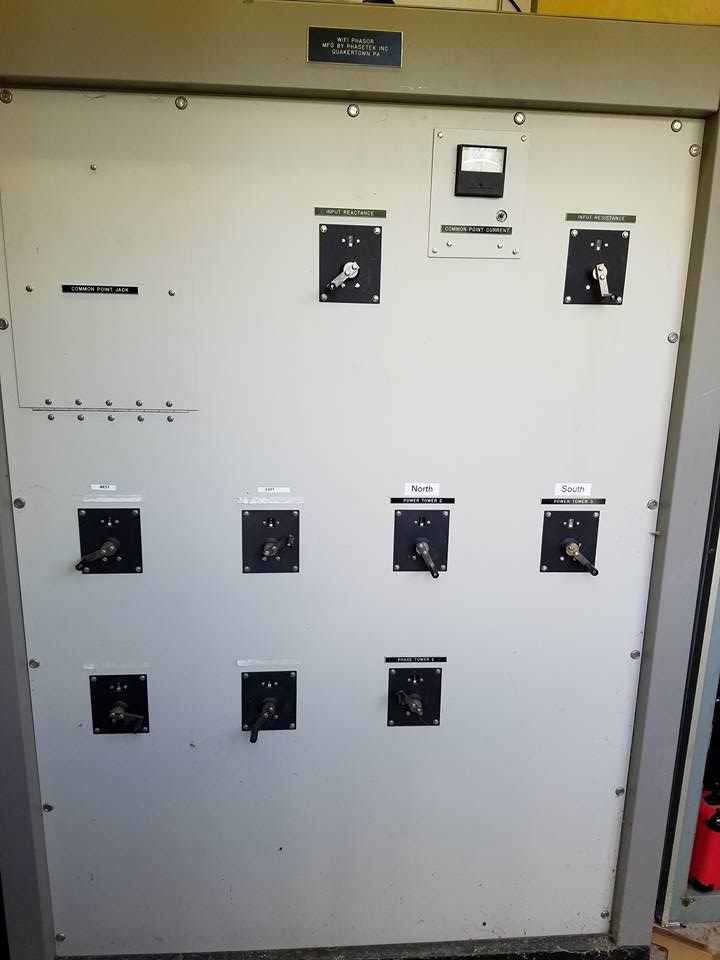 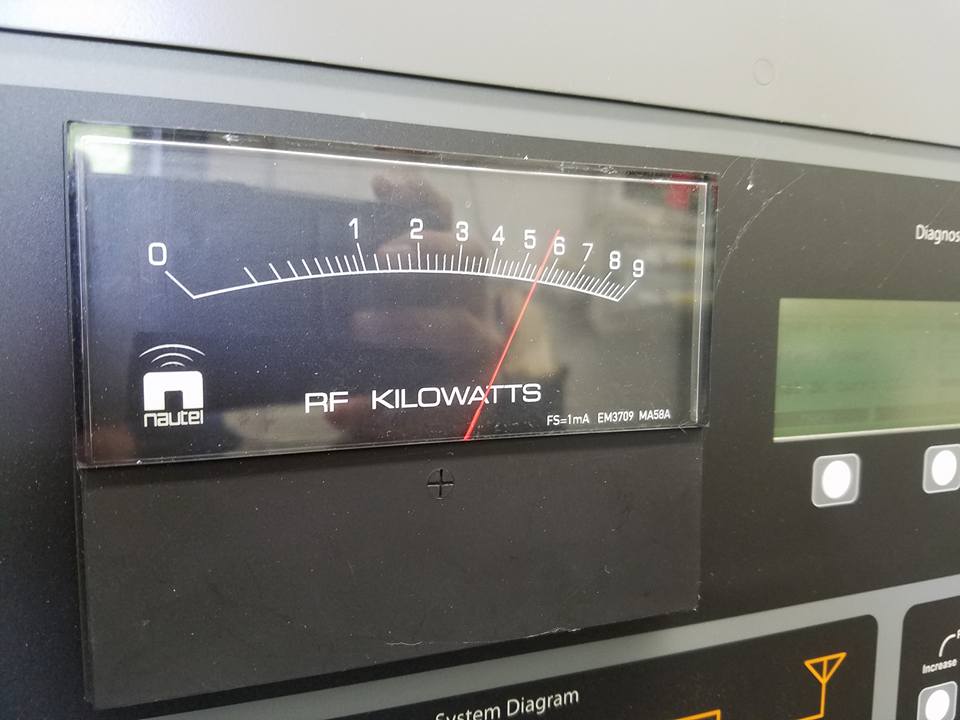 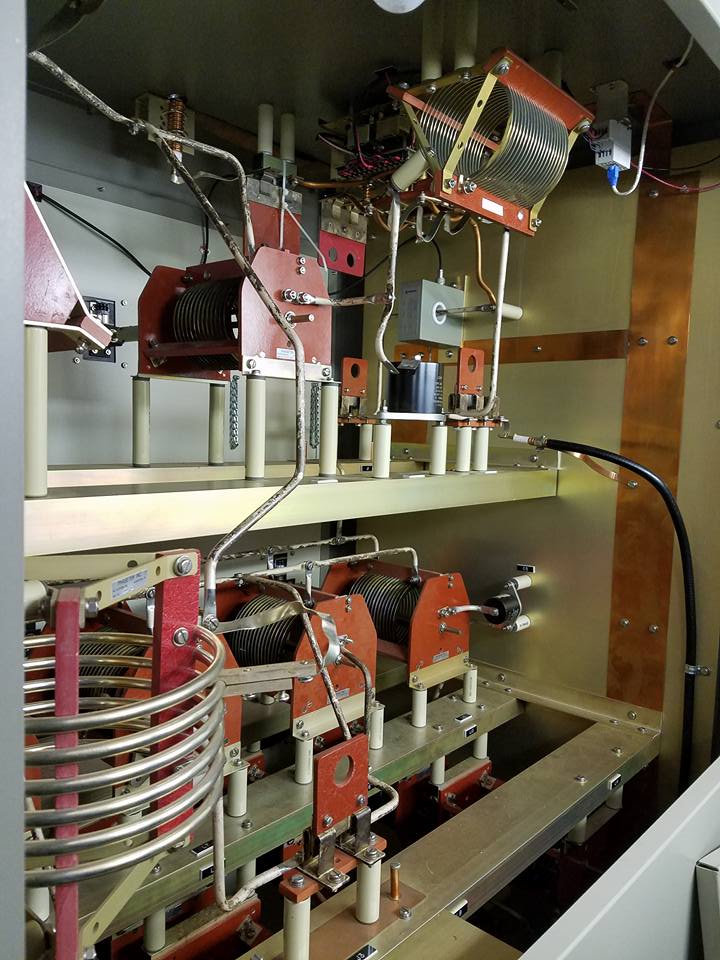 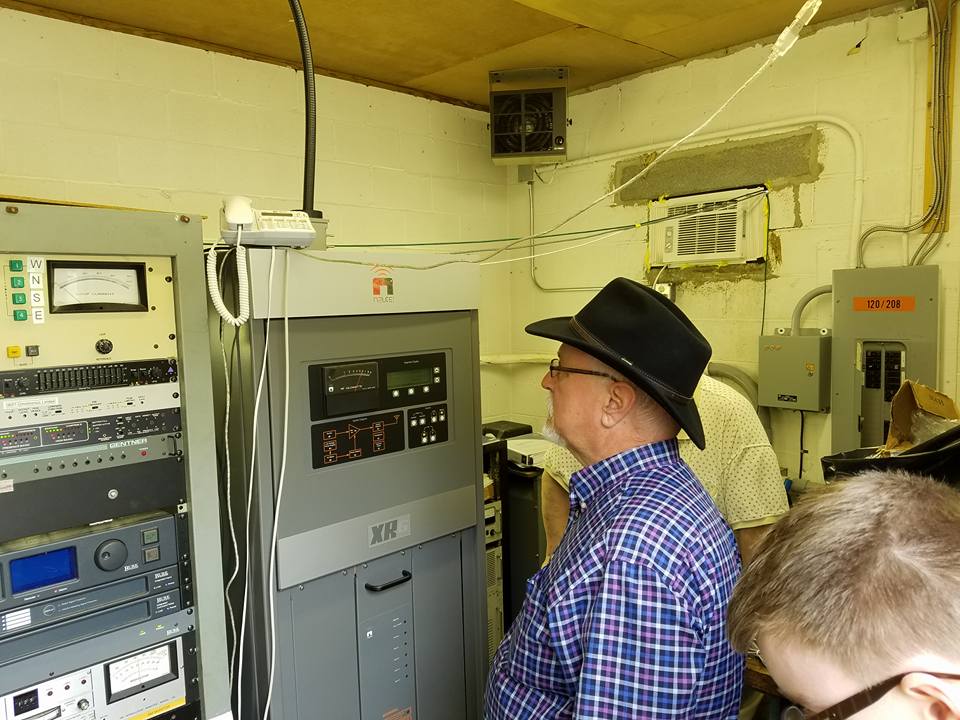 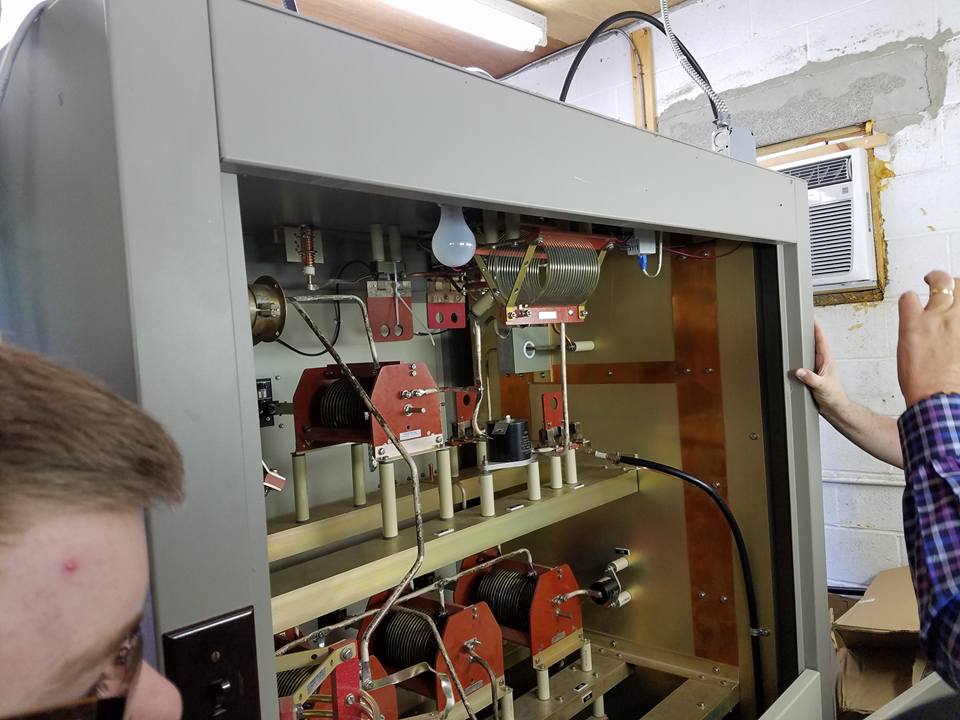 The station’s antenna array consists of 4 towers in a rectangular formation designed to focus the signal toward Atlantic City. The directional pattern is created by phasing 3 towers to either lead ahead of, or lag behind the main tower, called the reference tower. In addition to phasing, the surrounding towers have different antenna currents which helps create the phase relationships that steer the signal toward some areas and create nulls in others.

Not far from the station’s antenna field is a solar array farm that supplies power for much of the radio station. 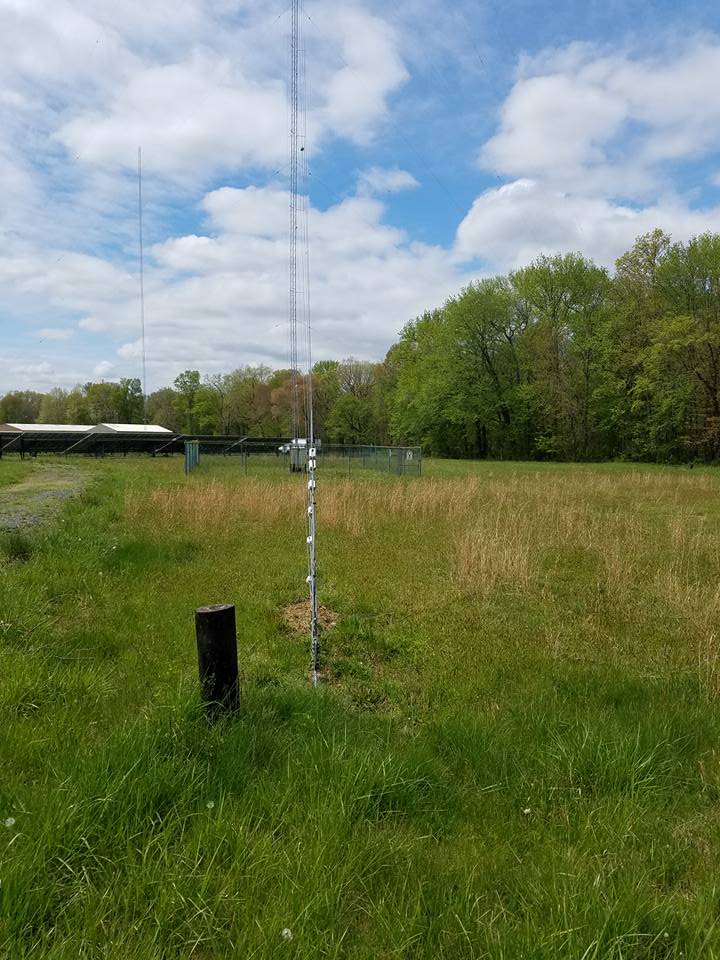 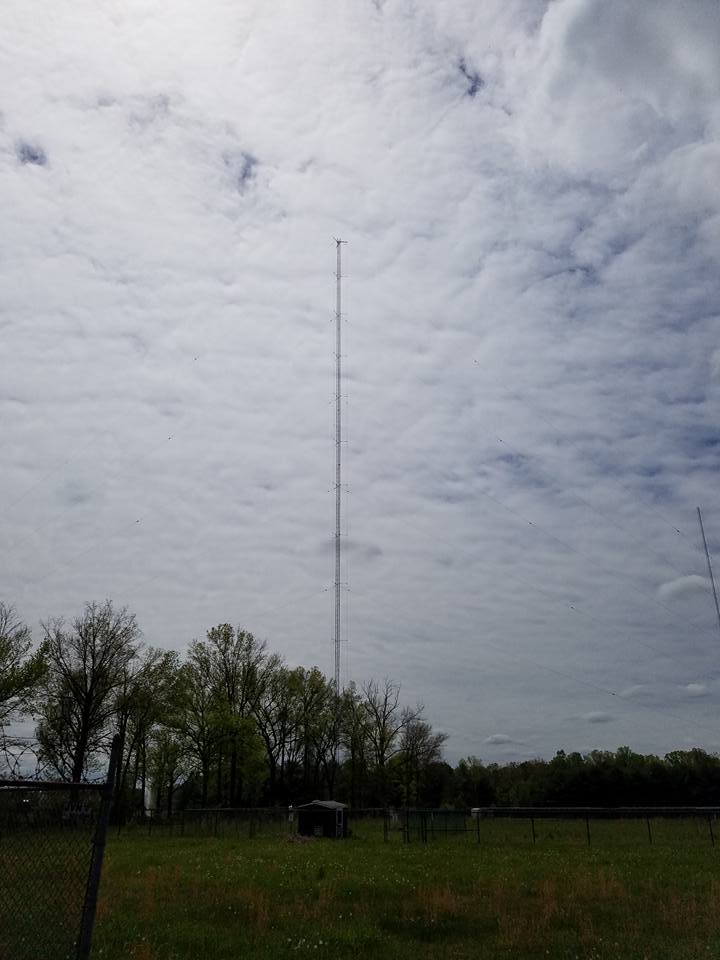 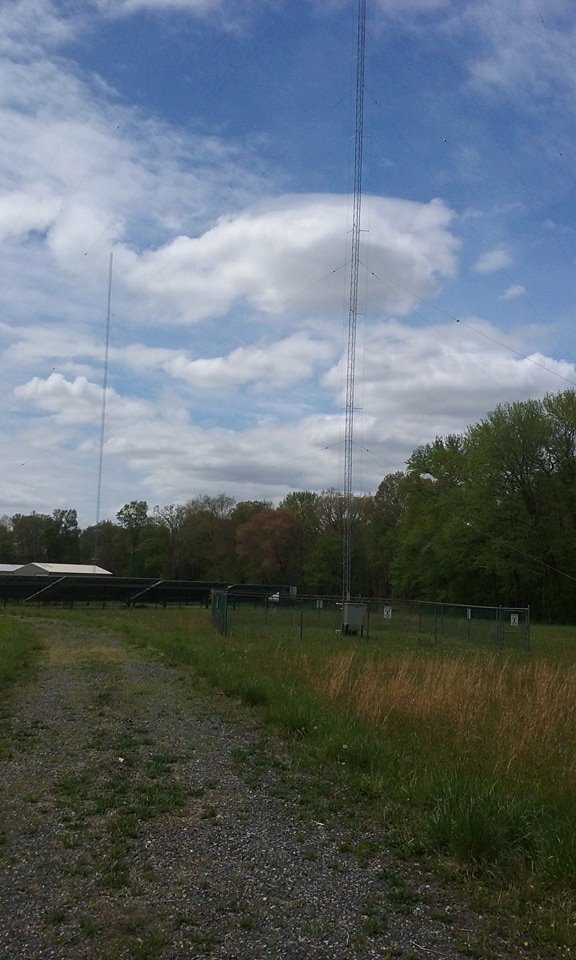 WIFI is located on the campus of Real Life Fellowship Church in Florence, which currently owns the licence for the station which is operated under a leased management agreement by Emanuele and another partner under the name Omega Broadcasting.

WIF managing partner mark Emanuele is a superb engineer with a broad knowledge of recording, studio construction, RF engineering, and internet broadcasting. Mark once operated one of the most successful internet radio stations, the classic rock formatted “Omega Radio” which had to close down because of excessive royalty fees. He is also affiliated with U.S. Army M.A.R.S. Joe Scocca also serves as IT manager for an internet radio station devoted to all things “Star Trek” called “Trek Radio.”

Following our tour, we were treated to a delicious lunch at a nearby restaurant. TCRA thanks Mark and Joe for a really enjoyable day! If you couldn’t make it, there will be another trip in the future.

Sorry, the comment form is closed at this time.

Use Amazon To Donate To TCRA!

Select Tri-County Radio Association as your Amazon Smile charity!
Click The Amazon logo above to get started.
TCRA is a 501c3 non-profit corporation